Often, when charities report on the work they are doing in a given country, they can tend to present a somewhat one-dimensional image. Similarly, media reports on African countries can tend to focus on the most sensational aspects of conflict, disease and poverty, without offering much of a broader context.

We feel it is important to present a more rounded view of the countries where we work. Over the coming months, in addition to sharing news about our work, we will be asking our local teams to tell us more about their home countries.

As well-respected members of the communities we work with in Sierra Leone, our team there is well-placed to provide some insight into the country, the communities and our work. 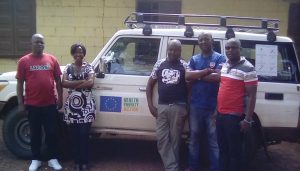 Mohamed, a Project Field Officer who coordinates our work in the north of the country, where he himself grew up, tells us: “Sierra Leone is a small country in west Africa, with a predominantly youthful population of over seven million.”

Daniel, who oversees our work in Karene District, near the border with Guinea, as a Project Field Officer continues: “There are seventeen ethnic groups indigenous to the country, a significant Lebanese community and growing Indian and Chinese communities.

As a former British colony, English is the official language and Krio, a creole language incorporating elements of English, other European and African languages, is even more widely spoken. Many people also speak one or more of the languages belonging to the various ethnic groups in the country.” 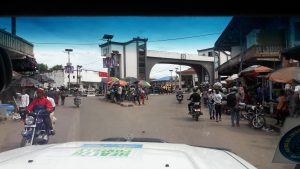 Prince, one of the drivers who helps us reach communities across the country, delves into Sierra Leone’s history: “The country’s name is actually derived from the Portuguese ‘Serra Lyoa’, meaning ‘Lion Mountains’. This name was originally given to the area around Freetown, the capital city, where I grew up. British abolitionists founded a colony for free and formerly enslaved black people in 1787, which eventually became Freetown.”

The team is keen to share more about present day Sierra Leone and discussion turns to the country’s natural resources, economy and people’s everyday lives.

Brima, a Social Field Worker who works with remote communities to improve people’s health and livelihoods, tells us: “The country produces cacao, coffee and diamonds, among other things. You can find a variety of wildlife, including monkeys, chimpanzees, elephants and hippos.

We tend to eat rice for breakfast, lunch and dinner. Other staple foods include cassava, sweet potato, yam and fish.” 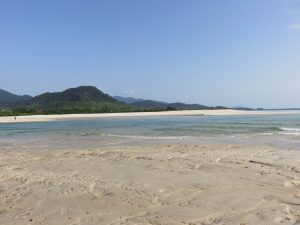 Expanding further, Mohamed explains “the country is blessed with stunning natural landscapes, beautiful beaches and very friendly, accommodating and resilient people”, a sentiment echoed by the rest of the team.

He continues: “Despite having suffered one of the worst civil wars in the world, people have been able to forgive and forget, with perpetrators and victims of atrocities living together.

We are also known for our religious tolerance, with intermarriage between Muslims and Christians being common.” 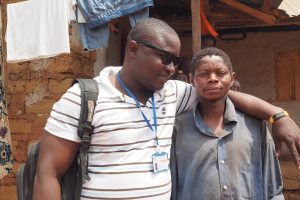 As the team discusses the finer points of Sierra Leonean culture, Prince shares his perspective on his stomping grounds in the capital city: “Freetown displays a greater British influence than the rest of the country and the distinct mixed culture that developed there incorporates elements from the various groups that settled in the area.

Black Londoners, African-Americans, Jamaican maroons and settlers from across West and Central Africa contributed to Freetown culture, with the Krio ethnic group eventually forming as these diverse groups merged.

Since the civil war, there has been much migration to Freetown from the provinces and the city is now extremely overpopulated. A lot of traditional Freetown culture is disappearing, such as masquerades, festivals and people refraining from trading and cooking on Sundays.” 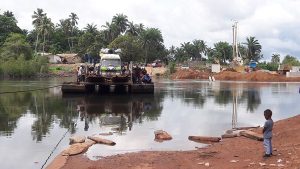 Soon the conversation settles on current issues and Daniel brings up some of the challenges facing the country: “Sierra Leone is one of the poorest countries in the world, despite having some of the largest known deposits of minerals, including diamonds, gold, iron, bauxite and rutile.

The country relies on international donors for much of our public expenditure and services. This creates a high degree of dependency and means that these donors often drive the direction of public policy and civil society initiatives, whether directly or indirectly.”

Mohamed agrees, telling us that “poverty is widespread, with many people living on less than a pound a day. Since gaining independence from the UK in 1961, the country’s politics have been dominated by two political parties: one drawing its support largely from the north and west of the country and the other from the south and east. This has caused much political activity to be divided along regional and ethnic lines.” 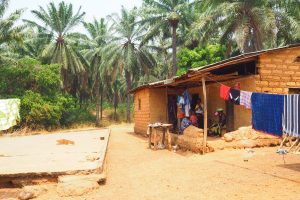 Finally, Brima speaks on the communities where he grew up and now works: “The north is one of the poorest regions in the country. The region is known for cattle-rearing and producing peanuts, sesame and pepper; some farmers also grow tobacco.

Few cash crops are grown for export, with much of the agriculture consisting of subsistence farming. This in turn impacts negatively on the country’s foreign exchange rate and gross domestic product (GDP).

Timber-logging is unfortunately causing widespread deforestation now, while mining of gold and iron ore provides the main source of export earnings for this region.

The terrain ranges from savannah to mountains. People have to use dirt roads and makeshift river crossings to reach many rural settlements.

We’ve been working with these communities for over sixteen years. Alongside local health workers and volunteers, we’ve been able to reach and support many people who would otherwise struggle to access health and social care. We’ve done a lot, from equipping clinics, to training nurses, to advocating for women’s rights, but there is still great need.” 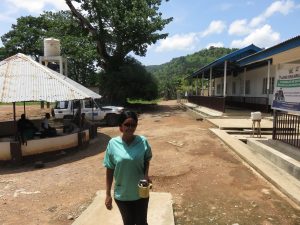 Health Poverty Action currently works with rural communities in three districts across the north and northwest of the country. Alongside health workers, community leaders and activists, we are helping people find ways to address critical issues such as mental health, maternal and child health, poor nutrition and the marginalisation of women.

Over the coming weeks and months, we will be sharing more about the exciting work we are doing along with our local partners in Sierra Leone to help people build healthier, richer lives.