The film, based in Rio de Janeiro highlights the failure of the global vaccine rollout. I was able to facetime the people who had taken part so they could see themselves on screen, as their stories were watched by government Ministers and policy makers in New York. The buzz was immediate.

I recently lived in Brazil as I began my role at Health Poverty Action, and returned to capture the human impact of vaccine injustice and illustrate why current systems of intellectual property rights on essential medicines must be changed. 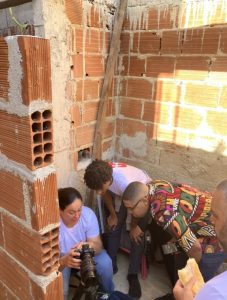 Inequality in the time of Covid

Brazil is a prime example of emerging economy inequality. In Rio the favelas – where life expectancy is just 48 – tower over the city from every vantage point.

Meanwhile the wealthy neighborhoods sit minutes away, and the country leads the world in many sectors. The two worlds live in paradox as Brazil’s volatile political systems fail to bridge the gap. Here, the myth of trickle-down economics is brutally exposed.

In the favelas, alongside clashes between gangs and police, the danger of landslides and long-standing traditional infectious diseases, Covid-19 was yet another danger in a world defined by it. Social distancing was impossible, and sanitation was often inaccessible with erratic water supply. Despite these favelas only representing 20% of the population, deaths of their residents made up a third of all the city’s deaths.

The local government’s jurisdiction stops firmly at each community’s entrance. The ‘Meninos’ (boys) have total authority. From how to deal with crime, manage the housing market and provide transport, power sits in their hands. They even set out to impose public health measures to hold back a virus destined to thrive in overcrowded, cramped conditions. With 685,000 deaths, the scale of loss is hard to comprehend. But this was only one edge of the sword for Brazilians on the margins of a precarious economic and political system. Education ground to a halt, healthcare services were overwhelmed, and the welfare state buckled. Many citizens had no choice but to go to work and risk bringing the virus home. In essence, many simply chose how, not if, they died. 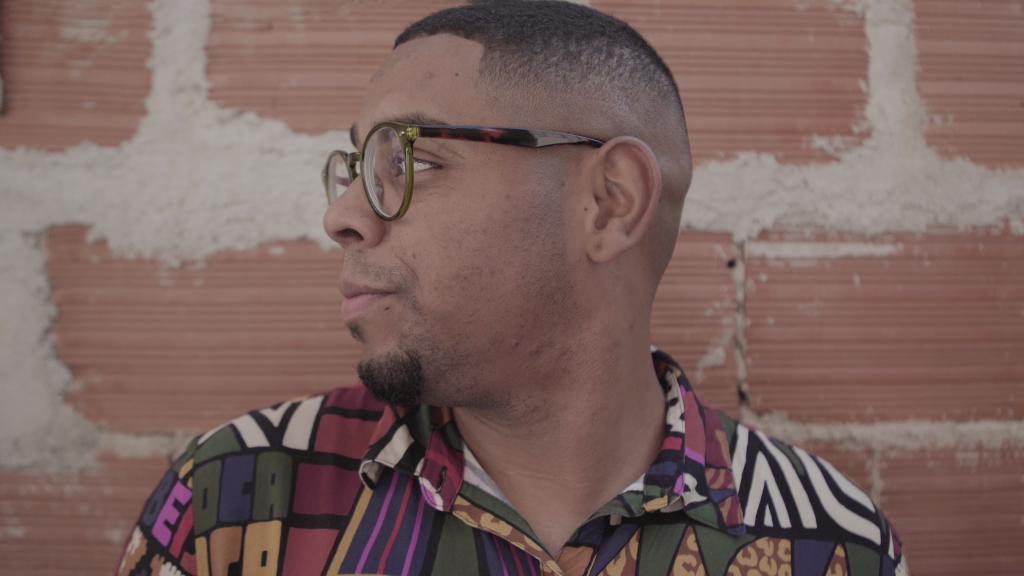 Community leader Joa proudly spoke of setting up sanitation points across the favela, encouraging mask use and taking extra care in dealing with the elderly. Another Cantagalo figurehead, Carol, described the never-ending queue of people using her phone to access the state support, which is only available online, profoundly impacting a community on the sharp edge of the digital divide.

At Mais Caminhos a free language school, student’s families welcomed us into their homes, and community leaders negotiated our safe passage. A clear message from Cantagalo’s youth is that they understand the Government denying their existence. For them, this is how life has always been. But they refuse to accept the callus, despondent response shown by those in power as they battled a virus out of control. Pérola, a student, told us that ‘the government didn’t even support the privileged, so what about the ones who are already forgotten’?

The failure of the state to hold up its end of this contract is met with fury. ‘People have the power, and they should never forget that’ warned Bruno. There is a sense of skepticism that neither of the presidential candidates genuinely grasp the reality of favela life.  But it wasn’t only a failure by the Brazilian government that defined the pandemic in Cantagalo. The experience that Joa, Carol, Pérola, Bruno and others felt was unquestionably lengthened and deepened by the greed of pharmaceutical companies. Companies are on a mission to maximize profits from a vaccine that only came into existence through state-funded scientific research. 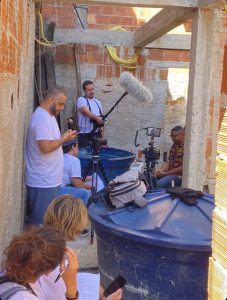 From this vantage point, we could capture the contrast between human suffering and Brazil’s elite scientific infrastructure. From the 7th floor of the Vice Presidents’ Office, we looked down on Manguinhos favela on the other side of the wall. The community here lived only a few hundred meters away from facilities that have saved so many of them. This is why the science must be shared. Not to redistribute profit but to ensure local production spearheads the fight against the next pandemic.

When the science was finally shared under strict conditions of secrecy, Brazil vaccinated hundreds of millions of citizens in months. It now holds the proud title of the world’s most vaccinated nation. But this delayed success must not blur the darkness within Brazil’s margins. Darkness was brought about by a neo-colonial orthodoxy that puts profit over people. The answer to this broken system is clear. World leaders must urgently address intellectual property rights laws on essential medicines and make them widely available.  To do this, governments and the global community must fund and support the mRNA Hub programs. Only then can those on the margins access the healthcare and future they deserve.